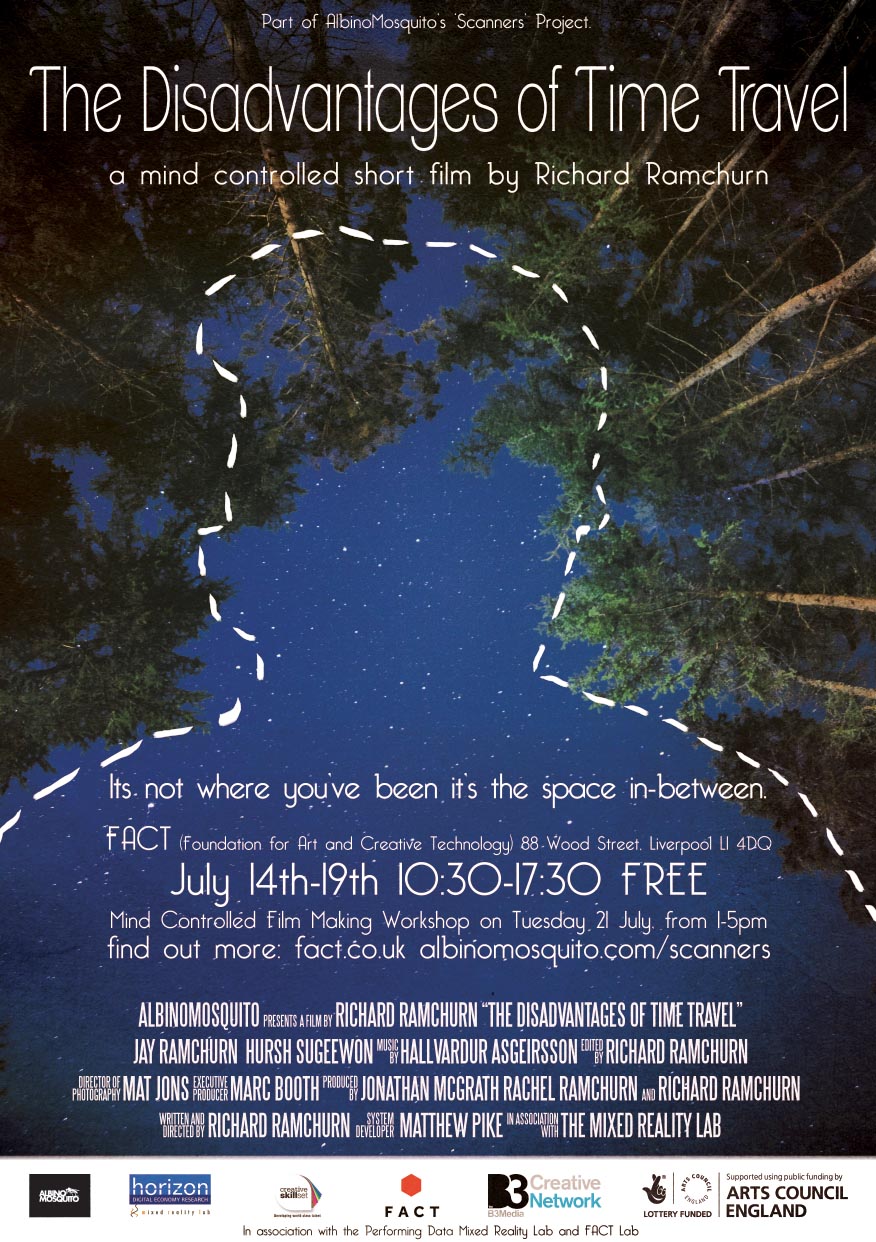 AlbinoMosquito is proud to present:

The Disadvantages of Time Travel

The Disadvantages of Time Travel is an installation by creative visual technologists Albino Mosquito, offering a unique interactive audience experience using mind control. The audio and visual experiences of the narrative film The Disadvantages of Time Travel are driven by the viewer’s brain waves and emotional response to what appears on the screen, resulting in each visitor seeing a different version of the film, with every scene varying from person to person. The installation will be housed in Albino Mosquito’s custom­ made vintage caravan placed outside FACT (Foundation for Art and Creative Technology) in Liverpool and open to the public 14 ­19 July 2015.

The Disadvantages of Time Travel is the narrative film that the viewers will engage with on a one ­to ­one level. Written and directed by Richard Ramchurn, the film was created from fragments of memory recalled in therapy and tells the story of a young boy who discovers that he can control his world by ‘cutting off’ what is happening around himself, traveling through time to skip over his everyday experiences.

This is not science fiction, but science fact; using a wireless EEG brain scanner, the viewer’s live brain data and emotional responses are fed into the installation, to create a unique narrative film.

There will also be a Mind Controlled Film­Making Workshop on Tuesday 21 July, from 12­3pm*

This work is part of Scanners, an ongoing project that Richard Ramchurn has been working on for the past four years, combining Brain Computer Interface (BCI) and artistic experiences.

The Scanners project was successfully crowd­funded on Kickstarter and is supported by the Arts Council England, Horizon Digital Economy Research: Mixed Reality Lab (Nottingham University) and B3 Media.